1)  For English speakers, French is the easiest language to learn.

You may have heard it’s Spanish. That cannot possibly be true though, because English is actually the mutant stepchild of German and French, and it got most of its genes from its Gallic side. In fact for several centuries French was the official language of the English court. The list of English words with French roots is basically infinite.

If you’re reading this, we probably don’t need to spell out all the socioeconomic benefits that come with learning a second language. We again assume America’s natural inclination is to learn Spanish (we’ll exclude Chinese). Since French and Spanish are the mutant step children of Latin, you can practically cut out a step if you ever decide to take up Spanish. And If you already know Spanish, it requires very little effort to make the jump to French.

3)  All over Europe, French is still the main second language taught in school.

Forget about the Nordic countries, who’ve consciously abandoned their own languages for English — their languages were never important to begin with. When I lived in France, I found it impossible to communicate with the kids from Italy, China, Japan, and Mexico in anything other than French. Nor was English an option when I traveled to Poland and the Czech Republic. 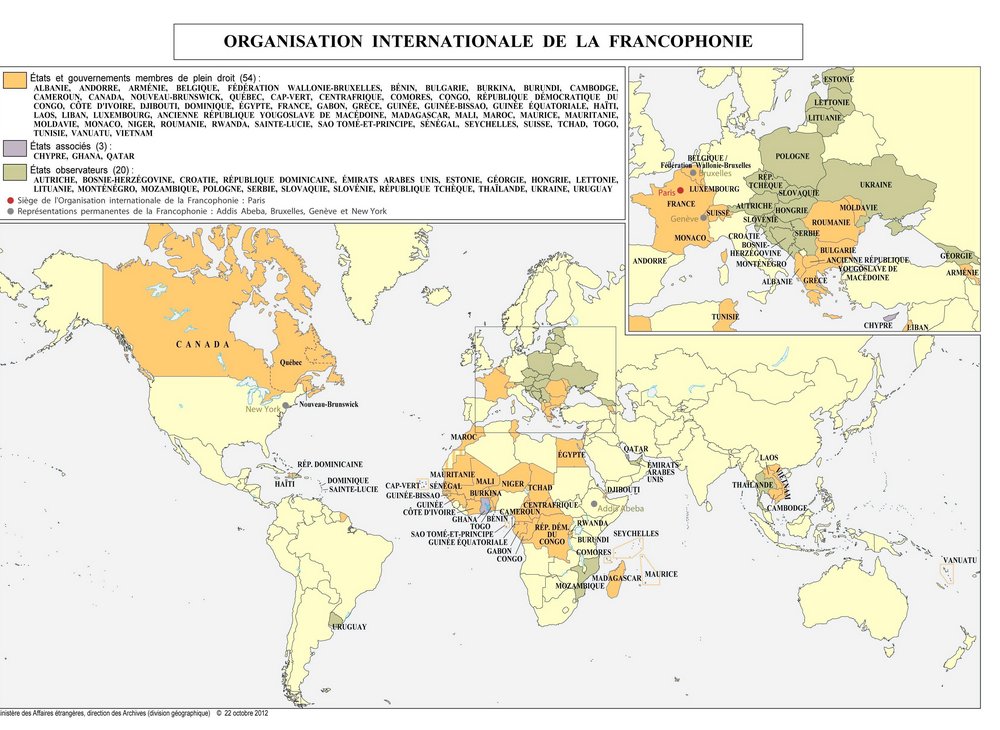 4)  If you want to understand modern China and Russia, you need to know French.

For all the good stuff it led to, the French Revolution gave the world its first glimpse at totalitarianism. The Russian Revolution of 1917 was basically an attempt to reenact that part of the French Revolution. And Mao’s Communist revolution in China was basically an attempt to reenact the Russian Revolution. This is why Alexis de Tocqueville’s book on the tragedy recently became a best-seller. Yeah, you can get it in English. But translations suck — and who is going to do the translations in the first place if we run out of French speakers?

5)  Half of Africa speaks French.

To continue on the China point: As you’ve probably heard, Chinese corporations have begun flooding into Africa, where deals are cheap and resources are abundant. French speaking countries, Algeria top among them, comprise a significant chunk of that investment. Half of the top-10 fastest growing countries in Africa have French as an official language. We can thus expect Africa to be an increasing focus of global trade and international relations.

6)  French politics is the greatest show in news.

Regularly reading the news can get depressing. The best cure for this, which your child will come to appreciate, is reading news out of France. Nothing too terrible ever really happens there these days. As a result, the French end up putting themselves in absurd situations to make life more interesting. You may have heard former French President Francois Hollande was recently caught leaving his attractive actress mistress’ house wearing a ridiculous motorcycle helmet. In the U.S., this would have resulted in scandal. In France, this resulted in a resurgence in Hollande’s popularity.

Bottom line: For relatively minimal effort, you can learn a second language that will allow you to access useful, important and entertaining stuff.

Why to learn French for the post-Brexit world?WHY LEARNING A NEW LANGUAGE MAKES YOU SMARTER

Any cookies that may not be particularly necessary for the website to function and is used specifically to collect user personal data via analytics, ads, other embedded contents are termed as non-necessary cookies. It is mandatory to procure user consent prior to running these cookies on your website.